NEW POLLING: MAJORITY OF VOTERS SUPPORT THE BUILD BACK BETTER ACT BECAUSE IT WILL HELP FAMILIES WITH RISING COSTS

59% of Voters — Including 60% of Independents — Support the Act Because it Will Lower Costs for Child Care, Health Care, Prescription Drugs

WASHINGTON, D.C. — A majority of voters support the Build Back Better Act and believe its passage is needed to lower costs for American families, according to a new poll released today by Invest in America and Data For Progress. The poll comes after the release of today’s Consumer Price Index (CPI) report, which raises the urgency for Congress to take action and help families deal with rising costs.

“This polling makes it clear: the Build Back Better Act remains popular with voters because they understand it will lower costs for families, and they aren’t falling for GOP fear-mongering that the bill will worsen inflation.

“The fact is that economists and experts have stated that the Build Back Better Act will ease the pressures of inflation by lowering everyday costs for families, including health care, child care, energy cost, and prescription drugs.

“That’s why in light of today’s CPI data, Congress needs to pass the Build Back Better Act immediately to lower costs and cut taxes for workers and families.”

The poll was conducted with 1,326 likely voters on January 11. Key findings include: 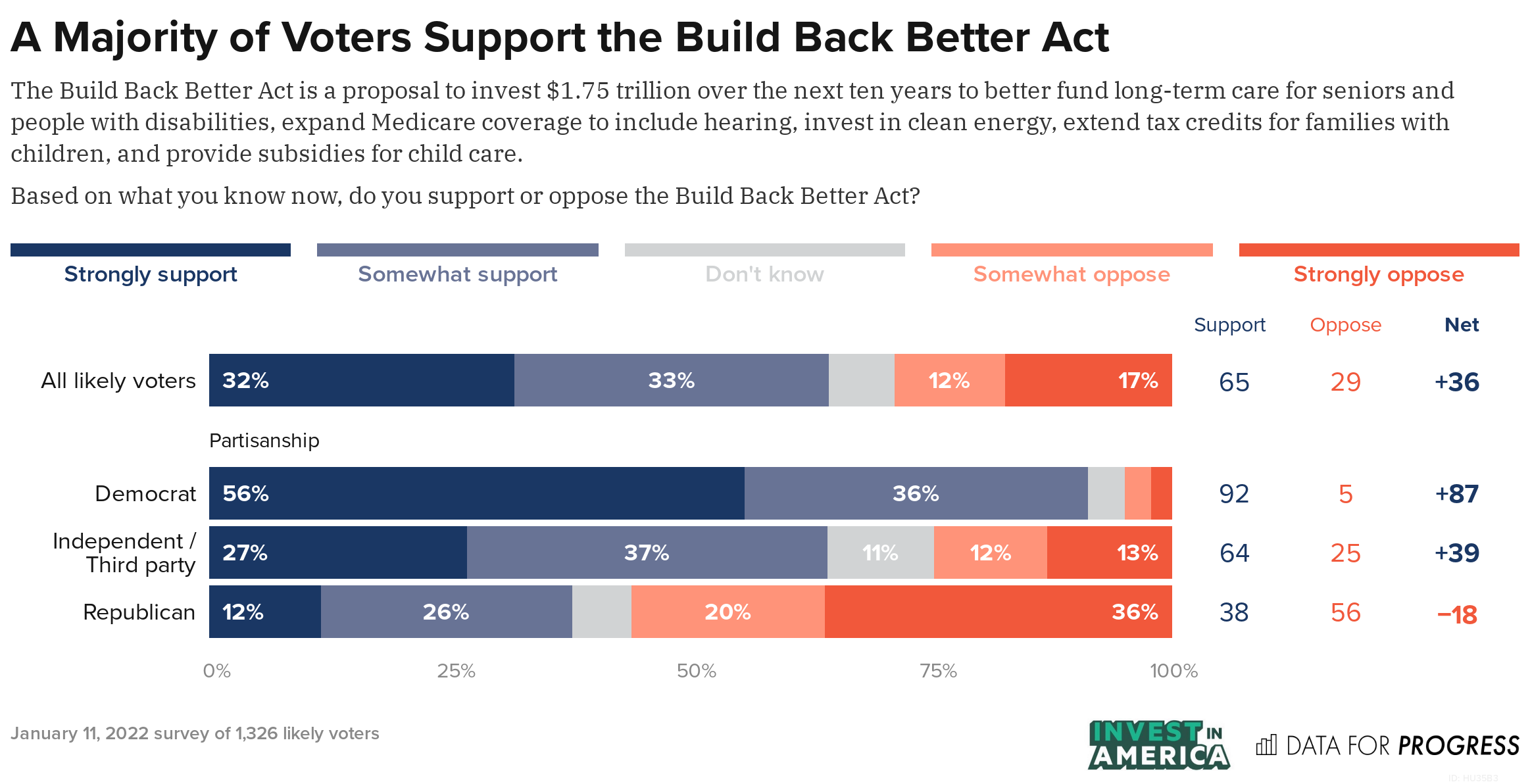